Before the arrival of Video Ad Serving Template, different ways of supporting Ads existed but they had multiple issues. Ad Servers were not following common Advertising Protocol and Video Player stacks had to be updated for supporting Ad Servers. Digital Video content is growing rapidly over the last few years. Content publishers are doing their best to monetize their content with Ads at the Server-side and Client-side. Serving the Ads to Video Players is different and complex compared to serving the Ads to Browsers.

VAST is an open standard developed by IAB (Interactive Advertising Bureau) to serve the Ads related metadata between Video Players/Clients and Ad Servers. It is independent of Device/Platform/Browser and works for both Server-Side Ad Insertion and Client-Side Ad Insertion. Server Side Manifest Servers/Manipulators or Client Side Video Players have to construct the Ad Tag for which Ad Servers will provide the response in a simple XML format that can contain Rich Media. Ad Tag request contains the key-value pairs. These Ad Tags and key-value pairs can differ based on vendors. The key-value pairs provide enough inputs to Ad Servers to determine which ad to be served to the current Viewers. There can be one or more Ad Servers to serve the Video Ad Serving Template response. Based on the VAST response, Manifest Servers/Manipulators(MS) will modify the manifests to be delivered to Clients. Clients/Video Players are also capable of handling the response directly. Video Ad Serving Template response contains the Ad related information (location, duration, skippable or not) and also the tracking URLs.
Video Ad Serving Template has different versions, VAST 1.0 (Deprecated), VAST 1.1 (Deprecated), VAST 2.0, VAST 2.0.1, VAST 3.0 and VAST 4.0. Most of the issues/challenges observed in the versions until VAST 3.0 are addressed in the VAST 4.0 but IAB continues to enhance the VAST standard regularly.
Clients/MS have to create the Ad Tag related request/query and the Video Ad Serving Template Ad Server response will be in XML format. 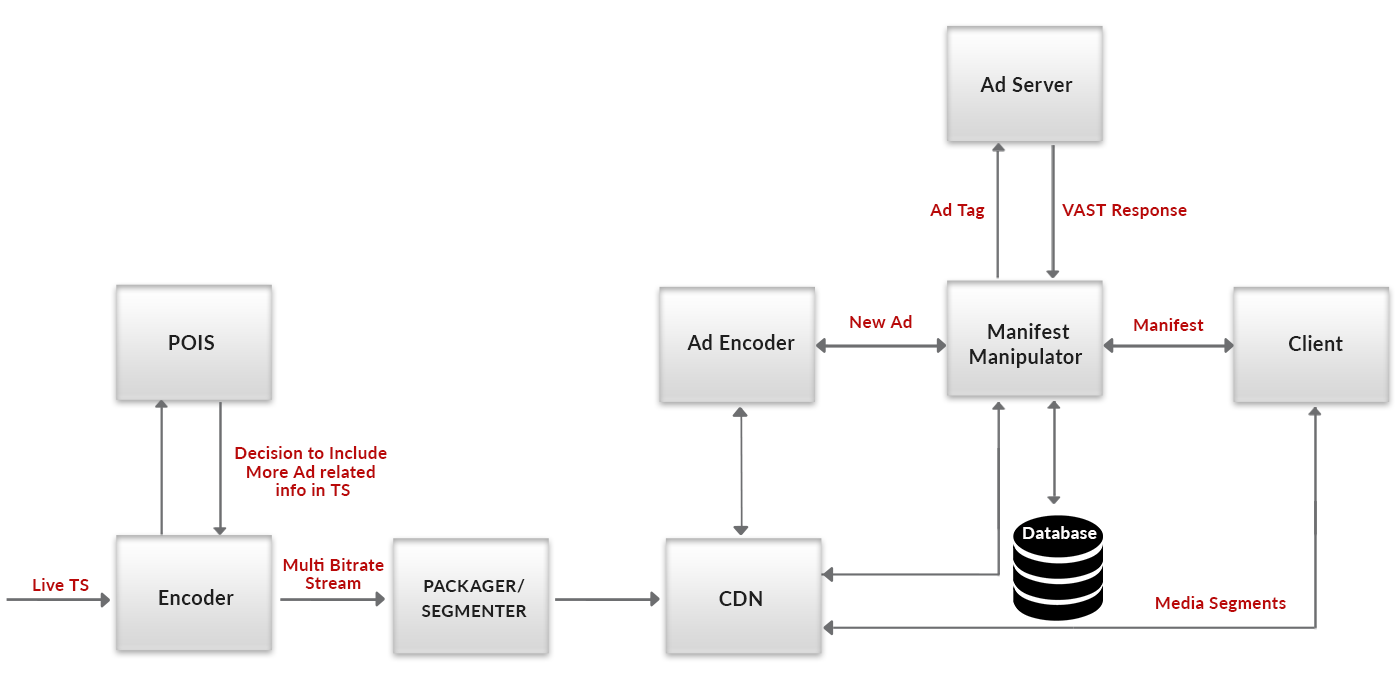 Following are two sample Ad Requests/Tags from Clients/Video Player:
http://double-click.ad.server.com/site1/content?CMaxd=20;CF=MP4;random=1234
http:// double-click.ad.server.com /site2/content?CMaxd=20;random=1234
Here the Ad request is made to the ‘double-click’ Ad server for any random Ad which should be in MP4 container format (CF) with maximum duration (CMaxd) of 20 seconds.
Ad Server Response contains the Inline/Wrapper Ad, Type of the Ad (Linear/Non-Linear/Overlay/Companion), location details, duration, Tracking Ad Impressions URL, Ad Click-Through URL, Skippable or not, Error codes and other metadata related to the Ads.
The respective fields are explained below:
Inline Ad: Received/Current VAST response will have the Ad related metadata.
Wrapper Ad: Received/Current response will point to another Ad server to get the Ad related metadata.
Linear Ad: These can be displayed during pre-roll, mid-roll, and post-roll.
Non-Linear Ad: These are the Ad images.
Overlay Ad: Kind of non-linear Ad which will be text and image format.
Companion Ad: Comes along with Linear/Non-Linear Ads.
Ad Location: Response contains the Ad location from where Ad can be available.
Ad Duration/Video Parameters: How long Video player should display the received Ad and Video parameters like resolution, codec and Audio properties like language.
Tracking Ad Impressions: To track the Ad metrics, the response will have multiple URLs for First Quartile, Second Quartile, Mid Quartile, and Complete Quartile. Client/Video Players should ping the Tracking URLs as Ad progresses.
Click Through URI: Ad metrics through user Ad clicks. Client/Video Players should ping the Click-Through URLs, once the user clicks the Ads.
Skippable or Not: Based on the publisher’s business rule few ads can be skippable and few can not.
The Video Ad Serving Template standard is still evolving and so far VAST 4.0 is finalized and updates for it may happen near future based on the real-time experience of Advertisers. But most of the Advertisers are still using VAST 2.0 while VAST 3.0/4.0 is in the migration phase. For better user interactivity, Video players should support VPAID (Video Player Ad-Serving Interface Definition). There exists a separate standard for rich media Ads in mobile i.e. MRAID (Mobile Rich Media Ad Interface Definitions). Publishers can monetize the content with Ads as long as Ads handling does not impact the quality of service (QoS) and user experience. 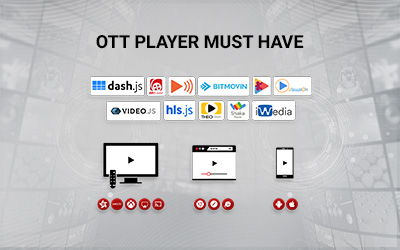 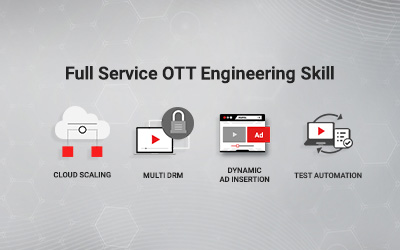 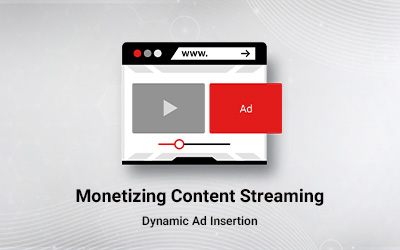