Spectrum allocation for 5G is going on world-wide. So MNOs and ISPs are gearing up to upgrade their LTE network to 5G. ETSI 3GPP has defined 5G Access Network as NR or New Radio and the 5G Packet Core as 5GC. The 5G base station is called gNB (or Next Generation NodeB). It has set some guidelines in the form of Non Standalone (NSA) and Standalone (SA) ways of implementing 5G network infrastructure. Depending on the availability of OEM implementation, the operators can choose a path of upgrading to 5G.

NSA means co-existence of LTE and 5G infrastructure and requires upgrade of the Access Network, with the 4G Packet Core supporting dual connectivity with both 4G eNB and 5G gNB. Dual Connectivity means one is the master base station and the other is the secondary base station. Although using the EPC as the packet core will limit the usage of NR, still operators choose NSA mode for upgrading to 5G. Because augmenting the existing infrastructure accelerates the availability of 5G services and reduces the initial investment.

There are 3 options laid forward for NSA – Option 3, Option 4 and Option 7, and some variants for each option. Option 3 has three variants – 3, 3a and 3x.

In NSA option 4, 5GC replaces EPC, eNB is upgraded to Next Generation eNB (NG eNB) and both NG eNB and gNB should connect to 5GC, but NG eNB has only the NG-U interface to 5GC. gNB has both the NG-U and NG-C interfaces. NG eNB and gNB connects over the Xn interface. This option is capable of serving some new 5G applications. The interface between gNB and AMF is also called N2 and the interface between gNB and UPF is called N3, so the control plane is over N2 and user plane is over N3. Option 4 has two variants – 4 and 4a.

In NSA option 7, 5GC replaces the EPC, eNB and gNB both should connect to 5GC, hence the eNB needs to be upgraded to NGeNB with capabilities of connecting the 5GC over NGAP protocol. NG eNB has NG-U and NG-C interfaces to 5GC and NG eNB connects with gNB over Xn. Serving new 5G applications would be possible using NSA option 7. Option 7 has three variants – 7, 7a, 7x.

SA mode of 5G will involve replacing the eNB with gNB and the EPC with a 5GC supporting service based interfaces. SA mode has two options defined as of now – option 2 and option 5. In SA option 2 the eNB is replaced by gNB and the EPC is replaced by 5GC and co-existence of 4G and 5G is possible by inter RAT mobility. SA option 2 enables the operator to fully utilize the ability of 5G and support eMBB, uRLLC and mMTC use cases. Interworking between 5GS and EPS for service continuity will be required.The next option of upgrading SA is option 5 in which LTE eNB will be upgraded to communicate to 5GC.

Vo5G summarizes all 5G voice/video communication solutions. Vo5G should include VoNR, VoeLTE, EPS FB (Evolved Packet System Fall Back), and RAT FB (RAT Fall Back). Irrespective of the network migration mode ESTSI has standardized the voice/video communication through 5G. After 5GC is introduced the voice service can be provided through IMS over 5GS and does not provide CSFB (Circuit Switch Fall Back) support and SRVCC (Single Radio Voice Call Continuity – required for voice service continuity between LTE and CS access) support in-order to simplify the network implementation. In the 5G NSA stage, voice service would be VoLTE, in 5G SA initial stage voice service would be provided using EPS Fall Back. In the mature stage of SA voice over NR needs to be supported with the option of RAT FB when the user moves out of 5G coverage. 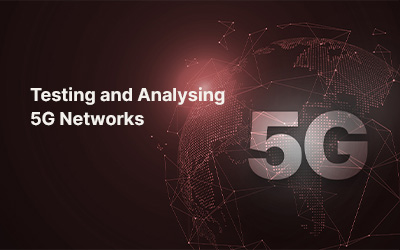 An insightful talk by our CEO Mr. Samir Chatterjee on IEEE 5G Workshop on First Responder and Tactical Networks. With […] 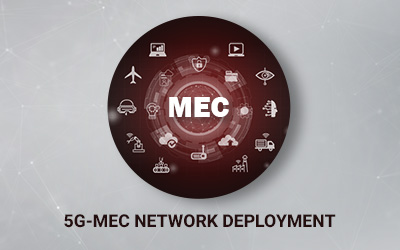 The Telecom industry and the associated forums are buzzing with 5G, ORAN, and MEC initiatives. But how ready are we […] 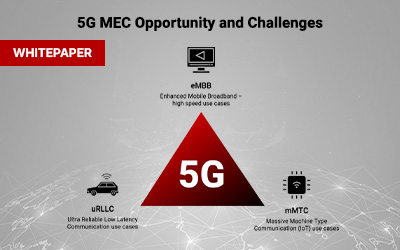